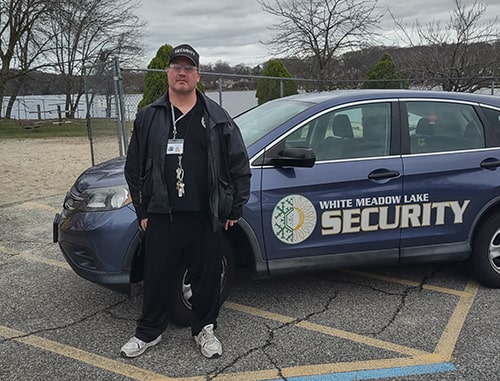 William Kimberlin was always a leader, a hard-charging, competitive guy. He excelled in high school sports, especially wrestling and swimming, and took home many first-place trophies. With a keen desire to protect and serve, William’s goal was to become a police officer. He took law enforcement classes in college. Eager to be active and out in the world, William decided to put college on hold, and in 1996 he enlisted in the U.S. Army, entering the service as a mechanic in the Reserves.

A natural leader, William led his squad in basic training. At the U.S. Army Airborne School in Georgia he packed and inspected parachutes. “The first parachute you pack, you jump, and if it opens you pass,” he said. He rose to the rank of E-4 Specialist, with management duties and command of soldiers of lower rank.

In 1998, while still in the service, William was a passenger in a car when the driver fell asleep. The subsequent crash resulted in traumatic brain injury (TBI). William couldn’t speak or talk, and had no movement in his extremities. After three years of intensive physical, occupational, cognitive and speech therapies, he recovered enough functioning to get a driver’s license, but was unable to work for seven years.

William’s first job in upon returning to the workforce was as a substitute teacher in middle schools and high schools in Randolph, NJ. “I love to challenge myself and try new things,” he said. He enjoyed working with the students, but struggled with technology as it became more central to teaching.

William worked at Home Depot for a while, but wanted something more meaningful—something in keeping with the desire to serve that first sparked his interest in law enforcement and the military. He went to the New Jersey Division of Vocational Rehabilitation Services (DVRS), and earned his SORA License and security guard certification. He was referred to ENABLE for workforce training and job placement, and in 2018 began working with Lindsey Crean, MA, and District Supervisor/Senior Job Developer for ENABLE, a program of Wildcat Services Corporation.

It was a fortuitous meeting. Over the ensuing months William and Lindsey met at a public library to work on William’s resume and practice his interview skills. William had short stints at other jobs while he sought work as a security guard. Lindsey accompanied him to five interviews for a security guard position, helping him with paperwork. William did most of the talking.

He was turned down for each. “William spoke slowly and was sometimes hard to understand, but I think the reason he wasn’t hired is because there are still a lot of companies that are not open to hiring people with disabilities,” Lindsey said.

The rejections were especially disappointing because William has made remarkable progress in his speech and mobility since Lindsey first met him in 2018. “When he first called him to schedule intake in 2018 he was harder to understand,” Lindsey said. “Now, he is very calm and easy to understand, and is getting better every time I talk to him. Also, William is a great guy and a proud American. He is reliable and dependable, and a hard worker who wants to do the right thing. He has greatly improved his own life, and goes out of his way to help others.”

As is often the case, the issue is less about William’s abilities than the assumptions people make about people with disabilities. Not only is William’s speech easy to understand–his words are thoughtful, intelligent and articulate. He just speaks more slowly than others.

“I have found over the years that people are very sympathetic, but they don’t want to deal with disabilities,” William said. “People with TBI often have slurred speech, and others are not willing to put the effort in to get to know me or allow me to talk.”

In 2018, William was offered a job at White Meadow Lake, a residential community in Rockaway, NJ, with lakes, pools and docks for boats. White Meadow Lake Management have taken William under their wing and helped him build a career. William patrols in a security vehicle and is friendly with many of the residents. He works about 10 hours per week, and is a participant in ongoing TBI studies. He likes his job very much and hopes to get married and settle down.

William and Lindsey regularly keep in touch. Lindsey has a sister who lives in White Lake Village, and they often see each other there. “Lindsey has been extremely helpful,” William said. “When I struggled with technology, she was fantastic, putting various apps on my phone like Zip recruiter to help me find work. Even today, she knows more about my benefits than I do.”