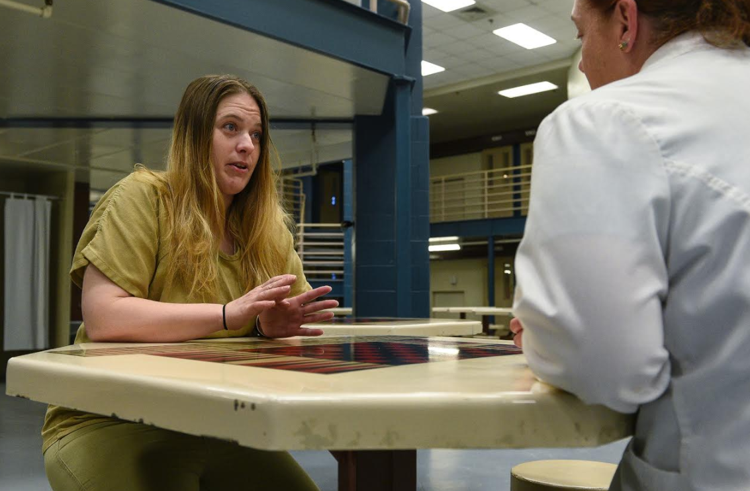 Federal rulings, legal activism and an explosion of inmates with opioid addictions are moving county jail administrators to do the previously unthinkable — providing anti-opioid medication behind the walls.

A 2018 Pew Charitable Trusts study concluded less than 1% of the incarcerated got one of the three drugs known to help addicts kick opioids — Suboxone, Vivitrol and methadone — even though three out of four living in most prisons come there with a substance abuse problem.

Instead, incarcerated addicts dealt with the physically and psychologically painful symptoms of withdrawal with sometimes tragic overdose outcomes.

The Valley Street jail that houses 220 prisoners for crimes committed in Hills-borough County is one of the prime locations legal advocates had been hoping would one day offer this medication-assisted treatment (MAT).

Jail superintendent David Dionne confirmed to the Union Leader that the time has arrived, as last week the Hillsborough County commissioners gave the go-ahead he needs to pursue other approvals to get the program up and running.

“We have never offered it before so it will begin slowly, and the numbers will jump going forward from there. It’s been a while in coming, but I think it’s where all jails eventually will go,” Dionne said. “This will really do some good.”

Other counties moving on MAT

Jail administrators in Rockingham and Cheshire counties also have taken steps toward creating their own medication programs for inmates.

The doctor who works at Valley Street, Dr. Christopher Braga, also is a contract physician for jails in Carroll, Belknap and Strafford counties.

“Each county has its own budget process, but Dr. Braga will be working on our program here, and it could be extended to the other counties if the administrators and commissioners supported that,” Dionne said.

According to studies in the New England Journal of Medicine, the risk of overdosing and death is more than 100 times greater for an inmate in the weeks after release compared to other drug users.

The cost of this service at Valley Street jail would be from $400,000 to $700,000 a year, and initially it would be covered by budget surplus, Dionne said, as long as the county executive committee and the entire House delegation from Hillsborough County approved the expense.

The American Civil Liberties Union of New Hampshire recently wrote all county jail chiefs across the state urging them all to embrace MAT.

“We are encouraged to hear that some of you are already moving towards providing access to all three forms of FDA-approved MAT (medication-assisted treatment) in your facilities as the New Hampshire Department of Corrections is doing in the prison system,” wrote staff attorney Henry Klementowicz. “This positive development is both required by law and is likely to save lives.”

The law referenced above wasn’t adopted by legislators but instead arose from ACLU-backed lawsuits brought in federal court.

The most advanced landmark one occurred last May when a federal appeals court judge upheld a Maine court ruling that a woman from Madawaska near the Canadian border had to receive Suboxone during her 40-day sentence at the Aroostook County Jail in that state.

Brenda Smith began abusing opioids at 18, starting with prescriptions, but then quickly ramping up to illicit use of hydrocodone, Percocet, morphine and eventually heroin.

In 2009, she was diagnosed with opioid use disorder, put on Suboxone and then stayed in recovery for 10 years.

“During that time, Smith has regained custody of her four children, secured stable housing for her family, and obtained employment,” wrote U.S. District Court Judge Nancy Torrensen in the ruling that went in Smith’s favor.

The judge said Smith occasionally relapsed and had an earlier, seven-day stay in the Maine jail without treatment.

“Although Ms. Smith returned to her provider and resumed her MAT the day after she left the York County Jail, she is personally aware that one of her cellmates, who did not return to treatment, overdosed and died shortly after her release,” the judge wrote.

Torrensen decided that because Smith had opioid abuse disorder, she was disabled, and not giving her the medication was a violation of the Americans with Disabilities Act.

The federal court in Maine is part of the 1st Circuit that covers all New England states, so any inmates denied the medication can now make the same argument in court.

In the other recent cases, lawyers for the inmates argued the practice also violated the Eighth Amendment, which bans cruel and unusual punishment.

Two other lawsuits in New England progressed. In one, a federal judge ruled an Essex County (Mass.) jail administrator had to make methadone available to an addicted inmate, Geoffrey Pesce, even though the jail official had already arranged to supply him with Suboxone.

Judge Denis Casper agreed with Pesce’s lawyers that their client was one of those who could only kick addiction with methadone.

“There can be people who respond differently,” ACLU-N.H.’s Klementowicz said. “We understand methadone has some complications.”

Unlike the other two drugs, methadone can only be administered at a federally approved clinic, which means most inmates are let out of jail to make clinic visits to receive it.

Dionne said Valley Street inmates will be offered Suboxone, and they are working with drug makers to make available a shot of Vivitrol for those who want it just prior to their release.

Edmond Hayes runs the MAT program at the Franklin County jail in Massachusetts and said law enforcement has resisted this treatment on two grounds.

Dionne said one of his biggest concerns was that introducing more Suboxone could create an illicit black market inside the jail.

“We’re going to have to keep a close eye on it,” Dionne said.

Another obstacle has been the cost of the drugs and the staff time to administer them.

Health care is by far the single largest item in any prison budget, and that’s because the overwhelming majority of the population is without insurance.

Most inmates are low income and qualify for Medicaid, or are older and are already enrolled in Medicare. But reimbursement from both federal health insurance plans stops when the jail doors close behind an inmate.

“That’s never made any sense to me. Should someone’s health care be determined by where they sleep? No, and it can really create a barrier to good medicine,” Dionne said.

Rhode Island became the first state to extend MAT to all its prison settings. Vermont followed suit, as have those running several prisons in Massachusetts and the Rikers Island prison in New York City.

Last spring, the Department of Corrections began offering MAT in its minimum security prison in Berlin with a $100,000 federal grant the state Department of Health and Human Services awarded it.

The federal Substance Abuse and Mental Health Services Administration said offering this medication throughout the penal system is one of the “remaining challenges” to conquering the opioid epidemic.