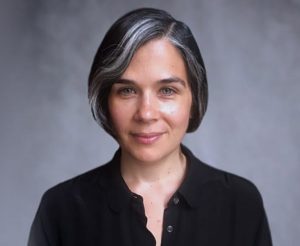 Valentina has been appointed by New York City Mayor Bill de Blasio to serve as a Criminal Court Judge. This is wonderful news for Valentina and for all who know and care for her and her work. The Mayor announced Valentina’s appointment along with two others this morning, noting “These judges have fought for justice for the entire length of their careers. I have no doubt that they will continue to champion fairness in our court system as New York City recovers from the pandemic.”

Valentina has been a generous and generative executive at The Fedcap Group and Wildcat. Under her leadership, The Women’s Project was born out of a desire to permanently decrease the number of women detained in city jails and state prisons. It has become a community whose collective work serves as an alternative to pre-trial detention and incarceration. This work is now funded by the Mayor’s Office for Criminal Justice in New York City.

Valentina’s vision created a community of shared experience and expertise which she described as a space that “stops the noise that often prevents women from finding their individual power, the power that will help them live the lives they want and make their dreams real, no matter what challenges await.”

Socrates described the essential qualities of a good judge as follows: “Four things belong to a judge: to hear courteously; to answer wisely; to consider soberly; and to decide impartially.”

While we will miss Valentina as a colleague and leader, the cause of Justice will be well served by her as a good judge.